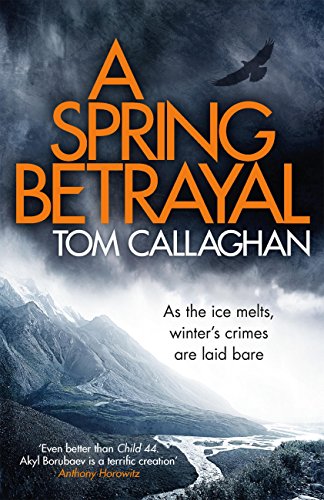 We uncovered the last of the bodies in the red hour before dusk, as the sun stained the snowcaps of the Tian Shan mountains the colour of dried blood and the spring air turned sharp and cold . . .

Inspector AkylBorubaev of Bishkek Murder Squad has been exiled to the far corner of Kyrgystan, but death still haunts him at every turn. Borubaev soon finds himself caught up in a mysterious and gruesome new case: several children's bodies have been found buried together - all tagged with name bands. In his search for the truth behind the brutal killings, Borubaev hits a wall of silence, with no one to turn to outside his sometime lover, the beautiful undercover agent Saltanat Umarova.

When Borubaev himself framed for his involvement in the production of blood-soaked child pornography, it looks as though things couldn't get any worse. With the investigation at a dangerous standstill, Borubaev sets out to save his own integrity, and to deliver his own savage justice on behalf of the many dead who can't speak for themselves . . .