Showing Building a City : C.S. Daley and the Story of Canberra by Jennifer Horsfield 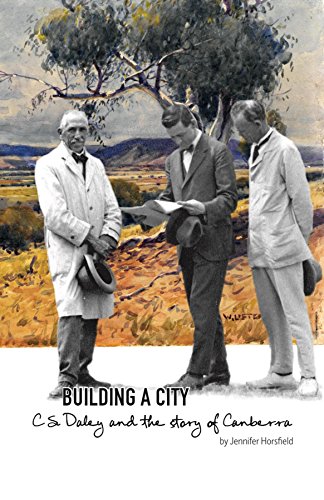 Canberra residents have little reason to know Charles Daley’s name or be aware of the details of his life in Victoria as a teacher, botanist, writer and historian. But they might be more familiar with the name of his eldest son, Charles Studdy (C.S.) Daley, whose close connection with the story of Canberra for over fifty years is the subject of this book. Father and son had much in common. Both took seriously the notion of public service as a high and honourable calling. Daley senior retired after forty-six years of zealous and effective teaching in Victorian schools, and thereafter devoted his energies to numerous voluntary cultural and educational projects. His son was to be involved with a wide range of community groups in Canberra during his working life with the Commonwealth Government and in retirement. Both men shared a schoolmasterly desire to educate others, to help their fellow Australians appreciate their country’s history and its unique but fragile environment. During his lifetime, Daley senior published a number of well-regarded books, including two that became standard references in their field. His last book, The Story of Gippsland, was published by his sons after his death. C.S. Daley, for his part, always hoped that he would be given the chance to write the official history of Canberra, whose early years he had been so closely involved with. He was disappointed in this hope, but until the end of his life he saw himself as an authentic spokesman for early Canberra and a reliable witness to those first decades when the Commonwealth’s new city was being planned and built on the Limestone Plains.

Jennifer Horsfield is a writer and historian with a special interest in the landscape and human stories of the Canberra region. This is her fifth book.