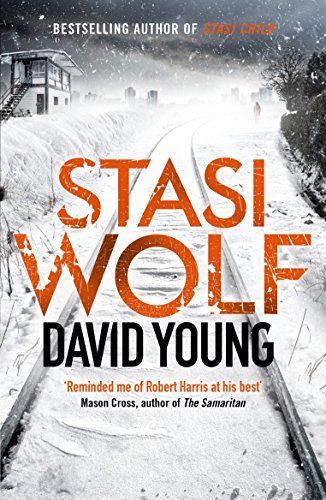 How do you solve a murder when you can't ask any questions?

The gripping new thriller from the bestselling, award-winning author of Stasi Child.

East Germany, 1975. Karin Müller, sidelined from the murder squad in Berlin, jumps at the chance to be sent south to Halle-Neustadt, where a pair of infant twins have gone missing.

But Müller soon finds her problems have followed her. Halle-Neustadt is a new town - the pride of the communist state - and she and her team are forbidden by the Stasi from publicising the disappearances, lest they tarnish the town's flawless image.

Meanwhile, in the eerily nameless streets and tower blocks, a child snatcher lurks, and the clock is ticking to rescue the twins alive . . .

'The perfect blend of action, suspense and excitement. This is top notch crime! I will be shouting about this book to everyone, everywhere. Northern Crime

'One of the most fascinating and original detectives in contemporary crime fiction . . . a hugely accomplished novel' (For Winter Nights)