Showing Locally Laid: How We Built a Plucky, Industry-changing Egg Farm - from Scratch by Lucie B. Amundsen 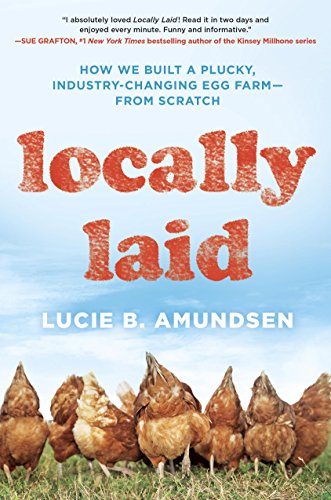 How a Midwestern family with no agriculture experience went from a few backyard chickens to a full-fledged farm—and discovered why local chicks are better.

When Lucie Amundsen had a rare night out with her husband, she never imagined what he’d tell her over dinner—that his dream was to quit his office job (with benefits!) and start a commercial-scale pasture-raised egg farm. His entire agricultural experience consisted of raising five backyard hens, none of whom had yet laid a single egg.

To create this pastured poultry ranch, the couple scrambles to acquire nearly two thousand chickens—all named Lola. These hens, purchased commercially, arrive bereft of basic chicken-y instincts, such as the evening urge to roost. The newbie farmers also deal with their own shortcomings, making for a failed inspection and intense struggles to keep livestock alive (much less laying) during a brutal winter. But with a heavy dose of humor, they learn to negotiate the highly stressed no-man’s-land known as Middle Agriculture. Amundsen sees firsthand how these midsized farms, situated between small-scale operations and mammoth factory farms, are vital to rebuilding America’s local food system.

With an unexpected passion for this dubious enterprise, Amundsen shares a messy, wry, and entirely educational story of the unforeseen payoffs (and frequent pitfalls) of one couple’s ag adventure—and many, many hours spent wrangling chickens.