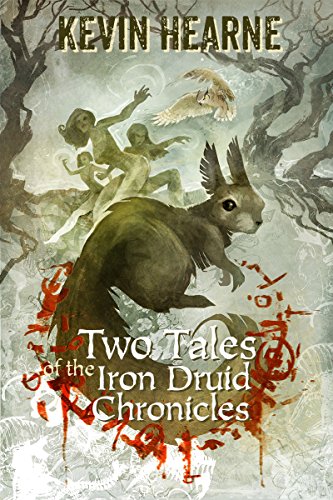 Two Iron Druid short stories, previously available only in limited release, have now been revised and made available worldwide!

"Kaibab Unbound" occurs just a couple of weeks before the events of HOUNDED, book one of the series. Before Atticus gets drawn into the battles of gods and monsters, he has to protect one of the earth's elementals from an accomplished coven that wants to steal its power for their own.

The events of "A Test of Mettle" happen concurrently with book 3 of the series, HAMMERED, as Granuaile MacTiernan and Oberon discover that Atticus doesn't have the final say over who can become a Druid's apprentice.

These stories serve both as an introduction to the New York Times bestselling series and as exciting background for longtime fans.