Showing The religion of the Chinese by J. J. M. de Groot 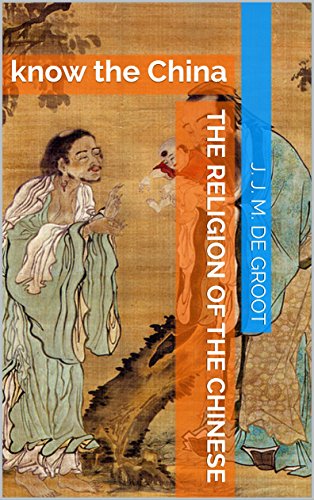 Welcome reader while reading this book author ( Jan Jakob Maria de Groot) let you go on the tour of the old china, an author was a Dutch Sinologist(Sinology is the academic study of China primarily through Chinese language, literature, Chinese culture and history, and often refers to Western scholarship. Its origin "may be traced to the examination which Chinese scholars made of their own civilization.") and historian of religion.
After reading this book you will came to know about the growth of china(The reader should be mindful that this book was written, while China still had its imperial government, prior to the revolutions which established a republic and later a communist system which abolished the state religion and declared China to be an atheist state.) in the context of religion and history .
Reader will able to know about BUDDHISM, UNIVERSAL ANIMISM,
CONFUCIANISM, TAOISM.