Showing I May Be Some Time: Ice and the English Imagination by Francis Spufford 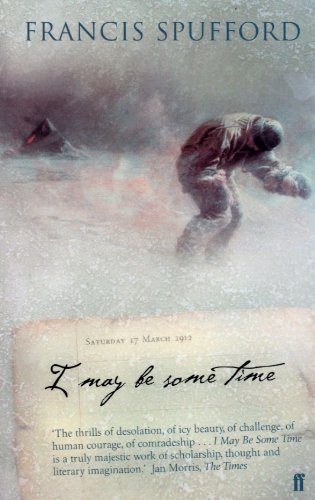 When Captain Scott died in 1912 on his way back from the South Pole, his story became a myth embedded in the British imagination. Despite wars and social change, despite recent debunking, it is still there. Everyone remembers the last words of Scott's companion Captain Oates - 'I'm just going outside, and I may be some time' - and history is what you can remember. Conventional histories of polar exploration trace the laborious expeditions across the map, dwelling on the proper techniques of ice-navigation and sledge-travel. Historians rarely ask what the explorers thought they were doing, orwhy they did these insane things. But this book is about the poles as they have been perceived, dreamed, even desired. It explores myth as myth, showing how Scott's death was the culmination of a long-running national enchantment. Francis Spufford reveals an extraordinary history of feeling - the call of vast empty spaces, the beauty of untrodden snow - as he pieces together the elements of a myth which still has the power to seduce.