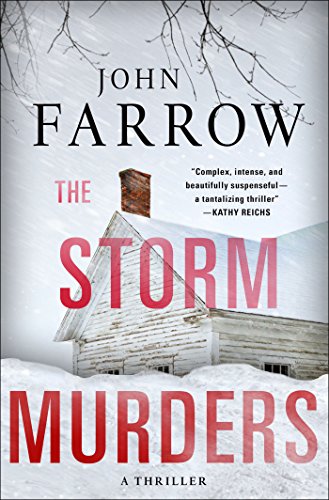 City of Ice, John Farrow's first book in his acclaimed Emile Cinq-Mars series, which has been hailed by Booklist as "one of the best series in crime fiction," has been published in over 17 countries. Now with The Storm Murders, the series continues.

On the day after a massive blizzard, two policemen are called to an isolated farm house sitting all by itself in the middle of a pristine snow-blanketed field. Inside the lonely abode are two dead people. But there are no tracks in the snow leading either to the house or away. What happened here? Is this a murder/suicide case? Or will it turn into something much more sinister?

John Farrow is the pen name of Trevor Ferguson, a Canadian writer who has been named Canada's best novelist in both Books in Canada and the Toronto Star. This is the first of a trilogy he is writing for us called The Storm Murders trilogy. Each book features Emile Cinq-Mars, the Hercule Poirot of Canada, and extreme weather conditions.