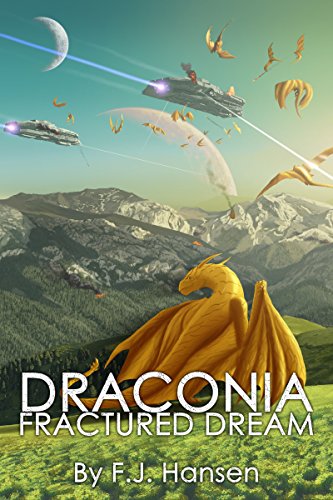 Draconia: a world home to a race of intelligent dragons--the Draconians. Hatching: a Human colony established on Draconia for a 10-year trial period. During this time Draconians and Humans would learn to trust each other and form a peaceful co-existence. In exchange, the Earth Union would protect the planet from invaders.

Seven years have passed since the Treaty was established. For seven years, Draconians and the Humans of Hatching have lived in peace. The friendship between Varthikes and Audwin McClance has blossomed into a brotherhood. It was all about to change...

The Earth Union has become lax in upholding their end of the Treaty. Loyal Providence, Humans who oppose the Treaty, and Commander Slikmac of the lizard-like Norseen, who seeks to control the Draconians, have formed an alliance. Together, they launch a devastating attack on Draconia, provoking a renegade group of Draconians into attacking the colony.

Varthikes and Audwin race to repair the fracture in their dream of a peaceful co-existence, battling invading Norseen, enduring the brand of traitor from both sides and tests to their friendship.