Showing The Magic of Weihnachten by Bru Baker 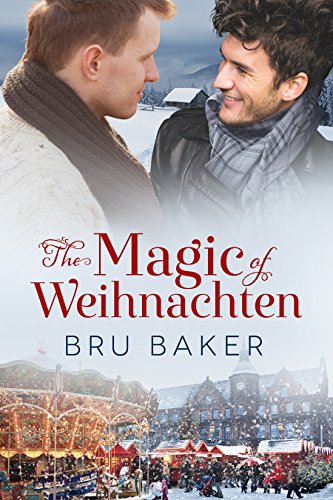 American Walsh Brandt is happy when a promotion lands him his dream job and a quiet new life in Germany. Until December rolls around, when he realizes it’s almost impossible to hide from the holiday season in Germany.

Dierck Reiniger is fascinated by Walsh’s hatred of Christmas and makes it his personal mission to help Walsh enjoy Weihnachten and the German traditions he grew up with. Walsh has a great time getting to know Dierck—but he still isn’t sold on Christmas, despite Dierck's efforts. Dierck's on the rebound, and he's determined to develop their physical relationship slowly, much to Walsh's frustration. It isn’t until they’re alone in a secluded cabin—hiding from the traditional trappings—that Walsh finally recognizes what the magic of the season can bring when spent with someone special.

A story from the Dreamspinner Press 2014 Advent Calendar package "Celebrate!".