Showing Ship of the Line by C. S. Forester 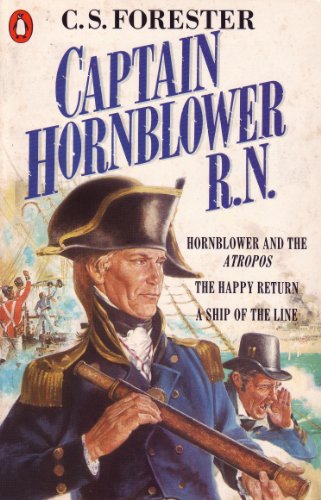 "Hornblower and the Atropos" skippering the flagship for Nelson's funeral on the Thames is not Hornblower's idea of thrilling action. But soon his orders come, and he sets sail for the Mediterranean in the Atropos. 'Battle, storm, shipwreck, disease - what were the chances that he would never come back again?' "The happy return" Hornblower sails the South American waters and comes face to face with a mad, messianic revolutionary in a novel that ripples with risk and gripping adventure. "a ship of the line" commando raids, hurricanes at sea, the glowering menace of Napoleon's onshore gun batteries - Hornblower must deal with them all as he sails his ship to the Spanish station. Throughout his escapades Forester remains gallant, resourceful and courageous - the embodiment of all the most vivid in a great naval tradition.