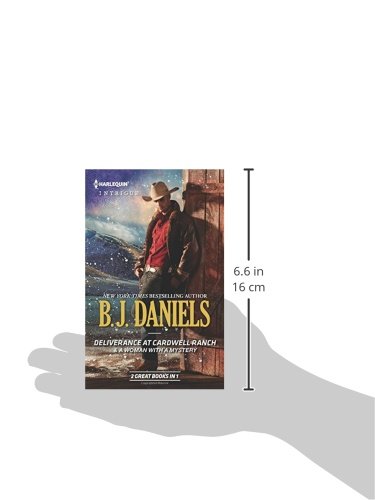 New York Times bestselling author B. J. Daniels delivers another Cardwell Ranch keeper! When Deputy Sheriff Austin Cardwell rescues a woman in the worst blizzard to hit Big Sky, Montana, in years, it's only the beginning. The dark-haired beauty has no memory of who she is and who--or what--she was fleeing. But she's clearly terrified of the stranger who shows up at the hospital claiming to be her husband. From Cardwell Ranch to the snowy wilds of Idaho, Austin vows to uncover her true identity...before her violent past destroys any hope of a future together. In reader-favorite A Woman with a Mystery, Holly Barrows had raced into the arms of Slade Rawlins a year ago. Then she'd mysteriously vanished, only to return with an outrageous claim of a baby and kidnapping. Any baby she'd had would have been Slade's, and he was consumed by his need to protect Holly and locate their child before his family was lost...forever.