Showing Village of Secrets: Defying the Nazis in Vichy France by Caroline Moorehead 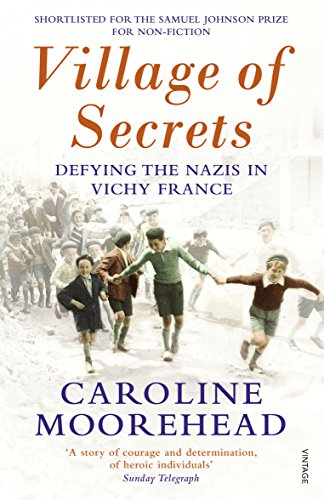 From the author of the New York Times bestseller A Train in Winter comes the extraordinary story of a French village that helped save thousands who were pursued by the Gestapo during World War II.

High up in the mountains of the southern Massif Central in France lies a cluster of tiny, remote villages united by a long and particular history. During the Nazi occupation, the inhabitants of the Plateau Vivarais Lignon saved several thousand people from the concentration camps. As the victims of Nazi persecution flooded in – resisters, freemasons, communists and Jews, many of them children – the villagers united to keep them safe.

The story of why and how these villages came to save so many people has never been fully told. But several of the remarkable architects of the mission are still alive, as are a number of those they saved. Caroline Moorehead has sought out and interviewed many of the people involved in this extraordinary undertaking, and brings us their unforgettable testimonies. It is a story of courage and determination, of a small number of heroic individuals who risked their lives to save others, and of what can be done when people come together to oppose tyranny.