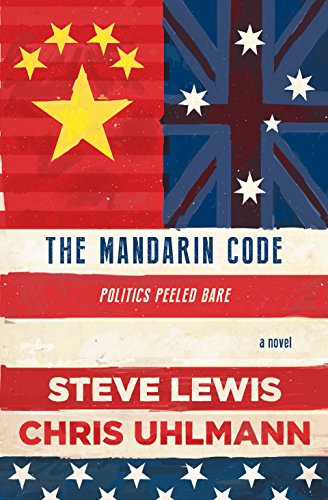 Soon to be a major TV series from the team behind THE SLAP!

Politics just got deadly. The second darkly satirical thriller from the authors of THE MARMALADE FILES.

A body pulled from the murky waters of Lake Burley Griffin links Canberra, Beijing and Washington in a titanic struggle where war is just a mouse click away.

Veteran reporter Harry Dunkley is chasing the scoop of his career, hunting for his best friend's killer. Navigating treacherous political waters where a desperate minority government edges ever closer to disaster, he delves into a cyber world where there are no secrets.

Friendship and loyalty give way to betrayal and revenge as Dunkley stumbles into the sights of the mandarins who wield real power - and who'll stop at nothing to retain it.

Political insiders Steve Lewis and Chris Uhlmann bring biting wit and behind-the-headlines insights to this sharply observed sequel to the bestselling THE MARMALADE FILES, once again lifting the veil on the lust and lies that stain the corridors of power.

'There is an eerie ring of reality' Daily Telegraph

'This is fiction, but truth lurks behind every corner of it' Canberra Times

'A ripsnorter of a political thriller that'll leave you thinking, I wonder if ... Highly recommended' Good Reading