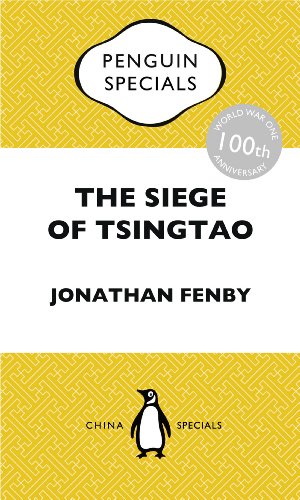 In 1914, Europe was not the only continent coming to terms with a new form of conflict. Through a mix of complex alliances and global ambition, the war had spread to northern China, where the German-held port of Tsingtao became a key battleground. To strike a blow at Kaiser Wilhelm's naval forces, Britain and its ally Japan lay siege to the port during October and November. In The Siege of Tsingtao, the first of the Penguin China Specials on the First World War, celebrated historian Jonathan Fenby examines the causes of the battle, the ulterior motives for it, and the path it helped set East Asia on for decades to come.