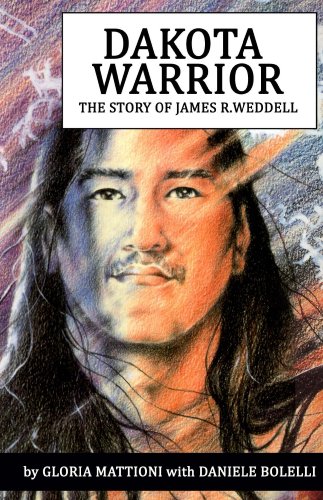 This book tells of the epic life and legal odyssey of James R. Weddell, a Yankton-Sioux man sentenced to eighty years in prison for a crime he didn't commit. In 1993, Italian journalist, author and documentary producer Gloria Mattioni met James and volunteered to investigate and seek justice. For the following ten years, she spared no efforts to make sure that the case would be reopened and James would win his freedom back. After an exhausting legal battle, James R. Weddell finally walked free on December 18th, 2003.
Dakota Warrior is a meditation on what it means to embody the figure of the warrior in our modern society. It is also a breathless tale of daring prison breaks earning Weddell the nickname of the American Indian Houdini, of ending up on America's Most Wanted, of the unyielding fight for the Black Hills--the Lakota sacred lands that were illegally taken by the U.S. government, of political activism, of the shootout and reconciliation with AIM leader Russell Means, of racism and unexpected friendship, of tribal history and strong spiritual beliefs.