Showing A Chance for Lasting Survival: Ecology and Behavior of Wild Giant Pandas by Pan Wenshi 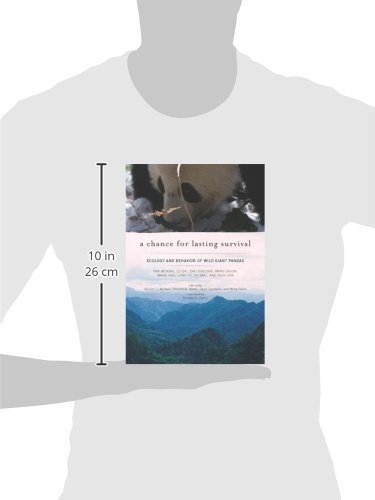 From 1984 through 1995 a small band of ecologists led by Pan Wenshi from Peking University conducted a study of wild giant pandas in the Qinling Mountains of Shanxi Province. This project was the first Chinese-led conservation project in China and was conducted during a significant transition period in Chinese history, as the country opened its society and science to the world. The project focused on behavioral observation of wild giant pandas, but evolved to include physiology, nutrition, ecology, land-use policy, and population biology as the staff became more aware that the issues with captive pandas (assisted reproduction, unusual diet, and genetic inbreeding) were not the most critical to survival of wild populations. It is evident in this work that, as the scientists gained knowledge, they came to see giant panda conservation as wrapped in landscape ecology and human/wildlife interactions. The group was seminal in the Chinese government's enactment of a logging ban to their study area by advocating for pandas at the national level. The project was summarized in a 2001 volume, but its publication in Mandarin limited its influence on the greater conservation community. This English version of the original work translates, condenses, and refines the original volume, with added contextual chapters on the importance of this volume and how our understanding of giant panda conservation is shaped by this pioneering field work.