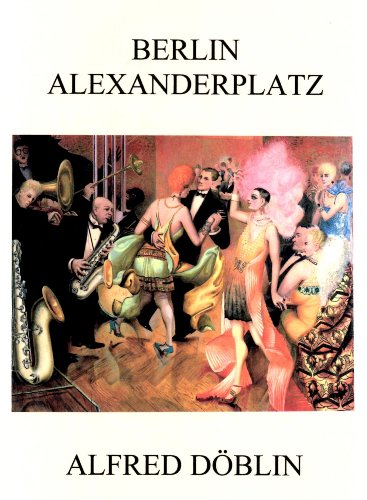 New 2013 translation by Anne Thompson of Alfred Döblin’s masterpiece set in 1920’s Berlin during the jazz and music-hall era of the Roaring Twenties.
Franz Biberkopf is released after four years in prison for killing his girl-friend in a fit of rage. He makes a vow that he will go straight and will lead a decent life in future. But his corrupt, treacherous and bureaucratic environment makes it impossible, and despite all his efforts he is plunged step by step into the louche underworld of gangsters, prostitutes and pimps.
Anne Thompson’s new translation captures the atmosphere of cosmopolitan Berlin towards the end of the Weimar Republic, and of the life of people in the streets of the working-class area of Berlin around the Alexanderplatz square.