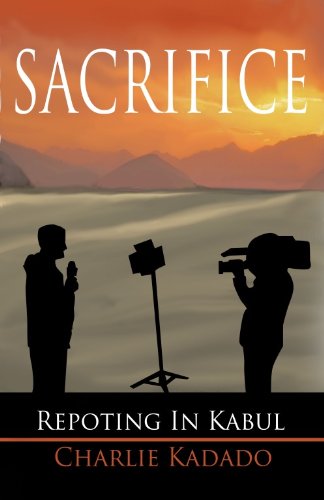 ABOUT SACRIFICE: REPORTING IN KABUL

“The last words that RBC Correspondent Stephen Cook would hear came through his earpiece.”

Just one message changed RBC anchor Stephen Cook’s life. Since he was just a young boy, Stephen had a burning desire to become a national journalist. Dreams turned into reality for the energetic anchor, but things would soon change. Instead of becoming a national correspondent in New York, Stephen would find himself packing his bags to cover the ongoing war in Afghanistan. Can Stephen survive the fast-paced dangerous lifestyle of Kabul, or is he forced to sacrifice his life to deliver the news?

A native of Metro Detroit, Charlie Kadado, wrote his first published piece at age 7. At 15, he wrote and published his first novel, Sacrifice: Reporting in Kabul.

As a Scholastic News Kid Reporter, Charlie discovered a passion in journalism. He is the host of a television program at HMD Multimedia in Detroit and a freelance journalist for local and national print and television affiliates.

An enthusiastic orator, Charlie founded the Want. Work. Win Motivational Campaign in 2010 with the intent to motivate young people across the state. He is also a dedicated public servant and recipient of the Gold President’s Volunteer Service Award from President Obama and Special Tribute from the State of Michigan.