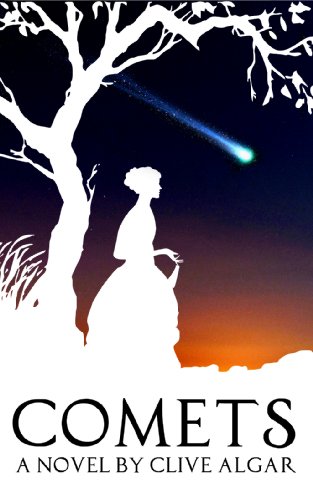 Set in the rich and fascinating milieu of Cape Town in the 1830s, with its shifting patterns of social awareness and the growth of scientific knowledge, Comets tells the story of James and Isabelle Forster, whose lives, and those around them, are changed irrevocably not only by the appearance of a real comet – Halley’s – but by human “comets” including the aristocratic Michael Percy, the young Charles Darwin and a recently-emancipated slave couple, Adam and Catharine Cupido. James and Isabelle’s comfortable upper middle-class existence threatens to spin out of control as they confront moral crises they seem unable to resolve.