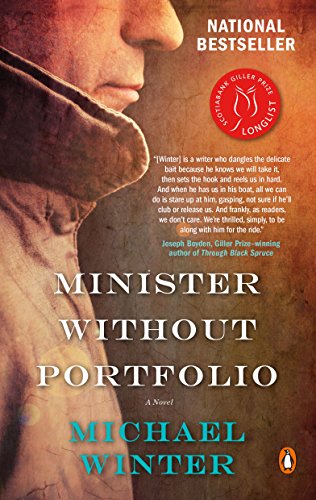 Henry Hayward has been living life the way he's wanted—working hard, playing hard—but when his girlfriend tells him she's leaving, it destroys him. In a quest to recover, he joins an army-affiliated contracting crew that takes him overseas to a Canadian base in Afghanistan. In the company of friends, he begins to mend: having laughs and being rebellious, blithely unaware of all he's left behind. But everything changes during a roadside incursion when a routine patrol turns fatal. And Henry, who survives, knows in his heart that he is responsible.

Upon returning home, tormented by guilt, he resolves to take care of the people and places around him: Martha Groves, whose boyfriend was killed in Afghanistan; his friends and neighbours; and a summer home that needs revitalizing. Henry tries his best to seek roots after a rootless life, collecting around himself a "community of a hundred people" for whom he cares deeply and is responsible. But he hasn’t factored in family history and social infidelity—and Martha has a revelation of her own that may change everything.

Minister Without Portfolio illuminates the power and violence of self-creation. It asks: To whom are we beholden? Who do we adopt—and who couldn't we live without? It is an emotionally affecting work, filled with truths about the frailties and miracles of human nature, by a writer of exceptional talent.