Showing Sacramento's K Street: Where Our City Was Born by William Burg 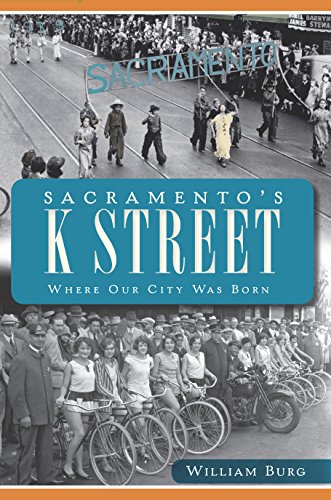 From its founding, K Street mirrored the entrepreneurial development of California's capital city. Initially the storefront for gold seekers trampling a path between the Sacramento River and Sutter's Fort, K Street soon became the hub of California's first stagecoach, railroad and riverboat networks. Over the years, K Street boasted saloons and vaudeville houses, the neon buzz of jazz clubs and movie theaters, as well as the finest hotels and department stores. For the postwar generation, K Street was synonymous with Christmas shopping and teenage cruising. From the Golden Eagle and Buddy Baer's to Weinstock's and the Alhambra Theatre, join historian William Burg as he chronicles the legacy of Sacramento's K Street, once a boulevard of aspirations and bustling commerce and now home to a spirit of renewal.