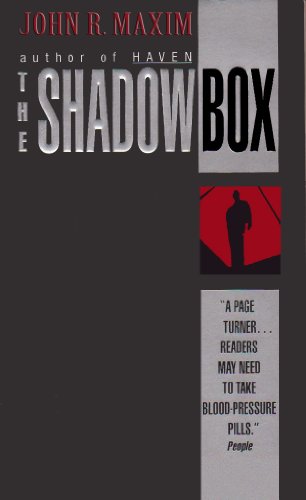 "A terrific read...a thriller that kept me up nights."
Stephen J. Cannell

"A novel of suspense that never lets up."
Denver Rocky Mountain News

Relentless suspense, stunning emotional complexity, and unforgettable characters have always been the hallmarks of the fiction of John R. Maxim. Now he delivers his most powerful novel to date.

Michael Fallon has it all: devotd friends and family, a beautifull fiancee, and a great career. But a series of inexplicable and violent events rob him of everything he loves. First the man who raised him is brutally murdered. A few days later, Michael's fiancee is gunned down during a convenience store hold-up. Finally, he is fired from his job with no explanation. And now it seems strangers are trying to kill him.

Fleeing to the island of Martha's Vineyard, Michael hopes for a new beginning-and possibly even a new love with the enigmatic Megan Cole. But little does he know that his entire life has been built on lies-and a vast conspiracy of corruption. And his pursuers are about to strike again.