Showing A Prince to be Feared: The love story of Vlad Dracula by Mary Lancaster 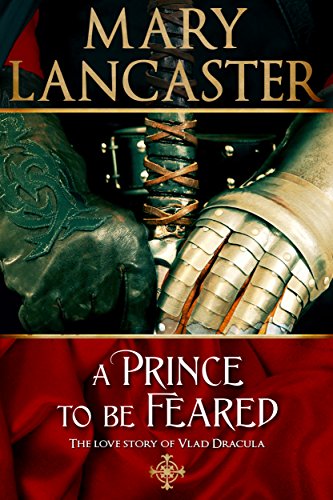 Europe’s most fearsome prisoner, Vlad Dracula, gifted military commander and one time Prince of Wallachia, the notorious Lord Impaler himself, is about to be released after twelve long years, in order to hold back the tide of Ottoman aggression. The price of his new alliance with his Hungarian captors is the king’s cousin Ilona.

Ilona does not wish to be married. In particular, she doesn’t wish to marry Vlad. Gentle, faded and impossibly vague, Ilona is hardly fit for court life, let alone for dealing with so difficult a husband.

But Ilona’s wishes have nothing to do with Vlad’s reputation and everything to do with a lifelong love affair that finally broke her. Ilona’s family blame Vlad; Vlad vows to discover the truth and sets out by unconventional means to bring back the woman who once enchanted him. Among court intrigues, international maneuverings and political deceptions, Vlad reveals himself more victim than villain. But he’s still more than capable of reclaiming his lost rights to both Wallachia and Ilona; and Ilona, when it counts, has enough strength for them both.