Showing For a Lost Soldier by Rudi van Dantzig 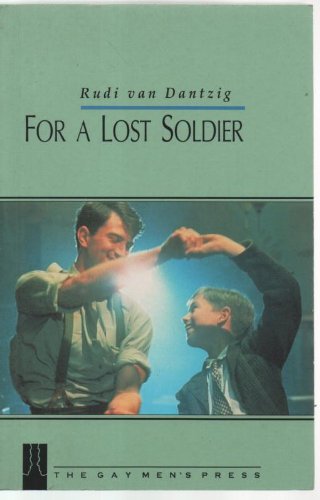 Rudi Van Dantzig is artistic director of the Dutch National Ballet and a leading international choreographer. Published in Dutch in1986, "For a Lost Soldier" received the Geertgan Lubberhuizen prize for best literary debut. The film of the book won the Best Film and Audience Prize at Turin in 1993. During the winter of 1944 in occupied Holland, eleven-year old Jeroen is evacuated to a small fishing community on the desolate coast of Friesland, where he meets Walt, a young Canadian soldier with the liberating forces. Their relationship immerses the young boy in a tumultuous world of emotional and sexual experience, suddenly curtailed when the Allies move on and Walt disappears. Back home in Amsterdam, a city in the throes of liberation fever, Jeroen searches for the soldier he has lost.