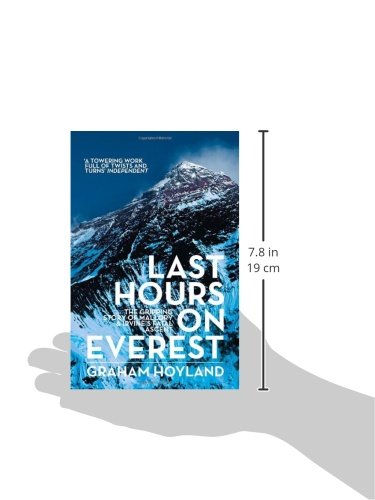 An expert mountaineer cracks Everest's most intriguing mystery - did Mallory and Irvine reach the summit before they perished on its slopes? On the 6th June 1924, mountaineers George Mallory and Sandy Irvine perished in their attempt to reach the summit of Everest. Obsessed by uncovering what happened, in 1993 Graham Hoyland became the 15th Englishman to climb Everest. His investigations led to the finding of Mallory's body; it will be his evidence that will recover Irvine's. 'Last Hours on Everest' meticulously reconstructs that fateful day. Combining his own expert insight with the clues they left behind, Graham Hoyland at last answers the most intriguing of questions - did the two men actually reach the top of Everest?