Showing Tango in Madeira: A Dance of Life, Love and Death by Jim Williams 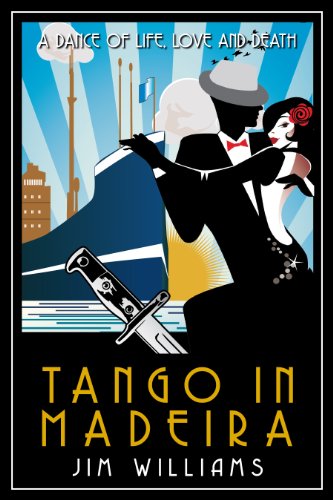 In the aftermath of World War I, Michael Pinfold a disillusioned ex-soldier tries to rescue his failing family wine business on the island of Madeira. In a villa in the hills the exiled Austrian Emperor lives in fear of assassination by Hungarian killers, while in Reid's Hotel, a well-known lady crime novelist is stranded on her way to South Africa and George Bernard Shaw whiles away his days corresponding with his friends, writing a one act play and learning to tango with the hotel manager's spouse.

A stranger, Robinson, is found murdered and Michael finds himself manipulated into investigating the crime by his sinister best friend, Johnny Cardozo, the local police chief, with whose wife he is pursuing an arid love affair; manipulated, too, by Father Flaherty, a priest with dubious political interests, and by his own eccentric parent, who claims to have been part of a comedy duo that once entertained the Kaiser with Jewish jokes. Will Michael find love? Will the Emperor escape his would-be killers? Will any of the characters learn the true meaning of the tango?