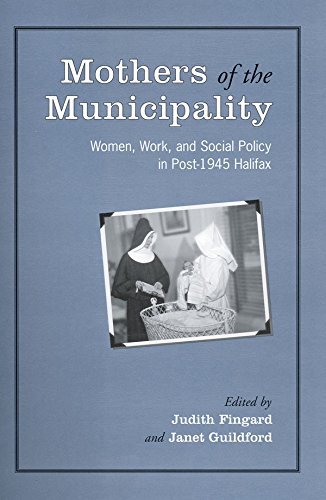 Highlighting women's activism in Halifax after the Second World War, Mothers of the Municipality is a tightly focused collection of essays on social policy affecting women. The contributors ? feminist scholars in history, social work, and nursing ? examine women's experiences and activism, including those of African Nova Scotian 'day's workers,' Sisters of Charity, St. John Ambulance Brigades, 'Voices' for peace, and social welfare bureaucrats.

The volume underscores the fact that the 1950s and 60s were not simply years of quiet conservatism, born-again domesticity, and consumption. Indeed, the period was marked by profound and rapid change for women. Despite their almost total exclusion from the formal political arena, which extended into the tumultuous 1970s, women in Halifax were instrumental in creating and reforming programs and services, often amid controversy. Mothers of the Municipality explores women's activism and the provision of services at the community level. If the adage "think globally; act locally" has any application in modern history, it is with the women who fought many of the battles in the larger war for social justice.