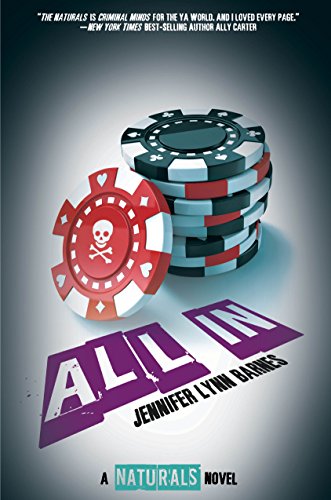 When brutally murdered bodies start appearing in the casinos of Las Vegas, each with a string of nonsense numbers tattooed on their wrist, the FBI is stumped by a killer that uses different methods for every victim. Cassie Hobbes and the Naturals must call on all their gifts to crack the code and get inside the head of an UNSUB driven to follow a very specific pattern to a specific—and gruesome—ending. As statistician Sloane faces the ghosts of her past and immerses herself in the pattern, the rest of the Naturals must come together to face off against a seemingly invincible killer. Meanwhile, Cassie is battling demons of her own: for the first time in five years, there’s been a break in her mother’s case. The answers she’s been waiting for are just out of reach. But as the stakes of the Vegas murders rise, Cassie and the others may have to go all in just to make it out of Sin City alive.
•About the Author: Jennifer Lynn Barnes has written over a dozen acclaimed young adult novels, including the first two books in this series, The Naturals and Killer Instinct. She has advanced degrees in psychology, psychiatry, and cognitive science. She received her PhD from Yale University and is now a professor of psychology. You can find her online at www.jenniferlynnbarnes.com or follow her on Twitter @jenlynnbarnes.