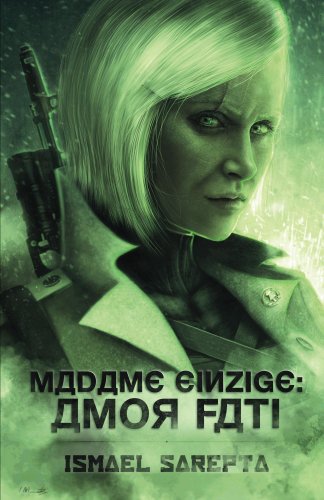 Central Asia, 2033 -- The Eurasian Federation (EAF), a newly established super-state, is proclaimed in Moscow, vowing to restore the glory that was once Russia's Tsarist and Soviet legacy. Under the rhetoric of "democracy" and "mutual protection against Western imperial interests", puppet-states of fragile, oil-rich Central Asian nations are annexed into the new Eurasian Federation. Rebellions and insurgencies quickly break out across Central Asia, inspired by the Arab Spring years earlier, and eked on by cyber-revolutionaries and foreign agent-provocateurs...


However, in the aftermath of bloody lessons from Egypt, Libya, and Syria, a new multi-trillion dollar industry has emerged in cyber-security, mass network surveillance, digital censorship, and unmanned automated armies. Its architects are foreign companies secretly subsidiary to Silicon Valley corporations eager to cash in on Big Brother; they have been contracted to Eurasia in order to engineer a new state-wide surveillance model based off Cloud-Computing, enabling Eurasia total digital control within its borders -- ushering in a new, and very real Dystopian Nightmare of the Information Age.

Madame Einzige, a subversive Nietzsche-esque Cypherpunk anti-heroine, is thrust onto the Central Asian killing fields of revolution and counter-revolution, in search of a nihilistic hacker-Magus -- a former elite of the Iranian cyber-army -- who has allegedly been kidnapped and recruited by the CIA...