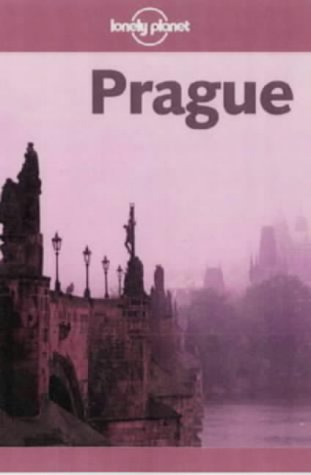 Where Paris once led the way as the centre of Europe's bohemian lifestyle, Prague now comes out on top. The fourth edition of Lonely Planet: Prague manages to be both compact and comprehensive and is generally a good introduction to this city where European and North American wannabe poets now hang out.

Although the guide's structure follows the layout used by most books in the Lonely Planet series, there is more of a concentration on cultural issues than is often the case. As well as an illustrated colour guide to the city's memorable architecture, there are detailed sections on themes such as the history of the 1969 student rebellion against the Communists, the famous Karlos Most bridge, Franz Kafka and the vicissitudes of Prague's Jewish community. The sections on history and modern politics are perhaps a little weaker though, with no acknowledgement of the sizeable minority in the Czech Republic who have become disillusioned with Vaclav Havel.

The cultural side of the guide goes together with some hard-nosed advice on how to avoid scams in Prague's restaurants and foreign exchange bureaux. Only occasionally does the imperative of cost become a handicap, as when the authors make the inaccurate assertion that, when visiting Prague's "old-new synagogue", there is no need to rent the cheap yamulkahs as a bandanna will do. Still, this will be a very useful practical guide for anyone visiting Prague, with thorough accommodation and eating tips, colour photographs and some detailed and very well-researched maps. --Toby Green