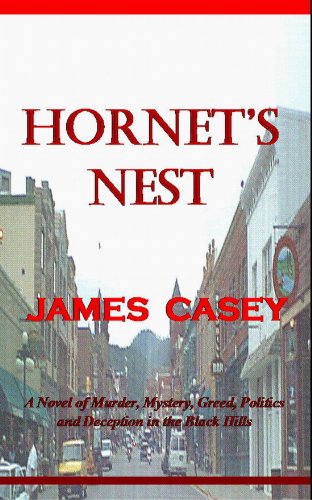 When South Dakota State Marshal, Tom Riggins finds the wealthy owner of one of the largest ranch spreads in the northern Black Hills dead in his own new, multi-million dollar casino complex, an investigation is started into the who and why of his death. As Tom Riggins proceeds, he is subjected to an ambush on his life. In addition to lies, fraud, he discovers the deception, politics and corruption within the individuals of the Deadwood community. Enlisting help from his close friend, ex-Navy SEAL, Nick Kovalenko, a master sleuth and undercover operative, evens the playing field for Tom Riggins. Coming to grips with the real killer and the disclosure of the killer is a real surprise to the local community.
Mystery… Thriller… Suspense… a real Hornet’s Nest!