Showing Joan of Arc by Demi 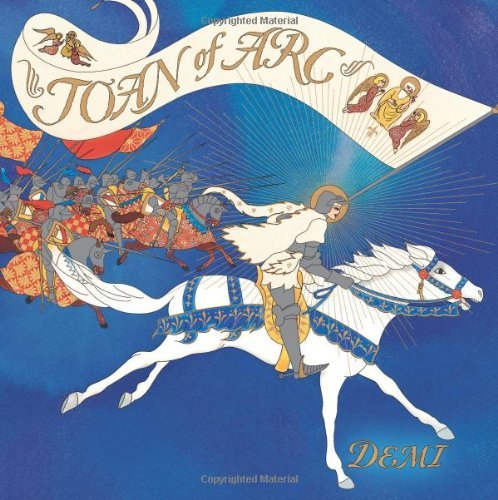 As a young girl in a small village in France, Joan prayed daily that France would be delivered from the English and Burgundian invaders who were ravishing the country. When Joan was thirteen, she had a life-changing experience. The archangel Michael appeared in a vision and told her that she would save the kingdom of France and lead the dauphin (heir to the throne) to Reims Cathedral to be crowned king. Calling herself the Maid of God, Joan set off to gather an army, win a number of crucial battles, and install the dauphin on the French throne. Although the king later deserted her when France’s enemies put her on trial for heresy and burned her at the stake, her bravery and faith inspired the French people and led them to victory. Demi has drawn Joan’s battles and triumphs with exquisite detail inspired by the stained glass, architecture, painting, and sculpture of the fifteenth century.