Showing The Cleaner of Chartres by Salley Vickers 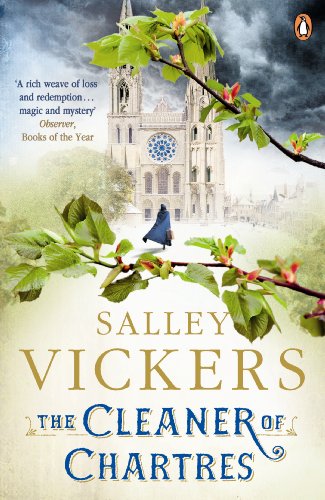 'A lovely book . . . wise at heart and filled with colourful characters' Joanne Harris, author of Chocolat

A beautifully beguiling new novel from Salley Vickers, author of the bestselling Miss Garnet's Angel and winner of the 2007 IMPAC Dublin award.

No one quite knows where she came from - not the diffident Abbé Paul, who discovered her one morning twenty years ago, sleeping in the north porch; nor lonely Professor Jones, who pays her to tidy his chaotic house; nor Philippe Nevers, whose baby nephew she cares for. And yet everyone she encounters would surely agree that she has touched their lives in subtly transformative ways.

But with a chance meeting in the cathedral one day, the spectre of Agnès' past returns, provoking malicious speculation from the local gossips. As the rumours grow uglier daily, Agnès is forced to confront her history and the mystery her origins finally unfolds.

The Cleaner of Chartres is a compelling story of darkness and light; of traumatic loss and second chances. Told with a beguiling charm and wit, infused throughout with painful emotional truths, it speaks of the transformative power of love and mercy.

'Salley Vickers is a novelist whose imaginative journey always promises magic and mystery. The Cleaner of Chartres shows her on top form in a rich weave of loss and redemption spiked with Ms Vickers' irrepressible wit' Robert McCrum, Observer

'With its subtle combination of explorations of faith and love, The Cleaner of Chartres is something of a return to the terrain of Vickers's first novel, Miss Garnet's Angel. Certainly, it's another gem' Independent

'Salley Vickers sees with a clear eye and writes with a light hand and she knows how the world works. She's a presence worth cherishing' Philip Pullman

'Reveals itself as a surprising exploration of the mysteries of imagination and faith' Joanna Trollope, Book of the Year, Daily Telegraph

'A magical and at times sinister story about love, loss, secrets and forgiveness...with Chocolat-type charm' Scotland on Sunday

'The Cleaner of Chartres is a return to form' Sunday Express

'If you're looking for a book to take you by surprise, Salley Vickers' latest is the perfect choice' Psychologies

Salley Vickers is the author of the word-of-mouth bestseller Miss Garnet's Angel and several other bestselling novels including Mr Golightly's Holiday, The Other Side of You and Dancing Backwards as well as a collection of short stories Aphrodite's Hat. She has worked as a cleaner, a dancer, a university teacher of literature and a psychoanalyst. She is currently a RLF fellow at Newnham College Cambridge and she divides her time between Cambridge and London.