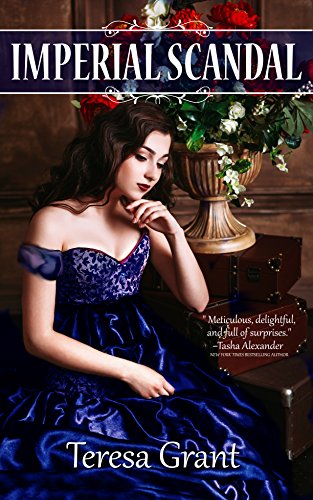 
When Napoleon's escape from Elba puts the Congress of Vienna into chaos, Intelligence Agent Malcolm Rannoch and his wife, Suzanne, remove to Brussels where the Duke of Wellington is preparing for battle. They find the city, on the verge of war, seemingly bent on pleasure. But one night Malcolm slips away from one of the endless round of lavish balls to meet with a fellow spy. Gunfire interrupts their meeting and claims an unexpected victim.

No one knows what Lady Julia Ashton, the demure wife of a British officer, was doing at the château where Malcolm and his fellow British spy are ambushed. But now her enigmatic life has ended in an equally mysterious death.

As the conflict with Napoleon marches toward Waterloo, and Brussels surrenders to bedlam, Suzanne and Malcolm search for the truth. The secrets behind Lady Julia's life and death lead them into an intricate labyrinth of secrets and betrayals in which no one can be trusted…not even a spouse.

"A brilliantly multilayered mystery and a must-read for fans of the Regency era." --Publishers Weekly

"Shimmers like the finest salons in Vienna." --Deborah Crombie