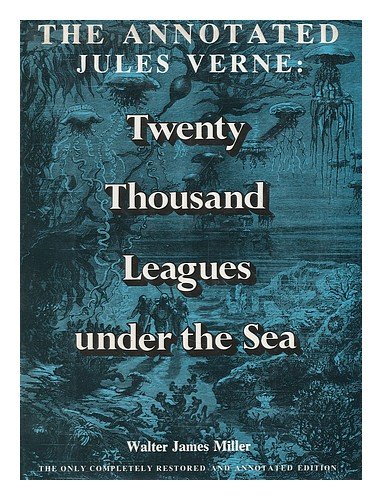 Twenty Thousand Leagues Under The Sea has been in print for more than a century, but only now, with the appearance of this restored and annotated version, is it possible for the English-reading audience to appreciate the true greatness of this classic novel. By comparing the standard translation from which almost all current editions of this book are derived against Verne's original French text, Walter James Miller has made a series of remarkable discoveries that put this novel - and Verne himself - in a totally new light. The standard translation, it is now revealed, amounted to a literary hatchet job. The full text of the book, as presented here, is some 23 percent longer than the version with which most readers are familiar. Just as important, all the scientific and other errors that dot the standard text, and with which sharp-eyed critics have delighted in finding, now turn out have been the translator's fault. The full text of this classic work, as presented here in this annotated edition, is in every way a fuller richer, more rewarding novel than the crudely abridged translation, so long presented in its place. It is a veritable feast, one that will delight all readers - new ones who never read Verne before, as well as legions of established Verne fans. Walter James Miller was a professor at New York University