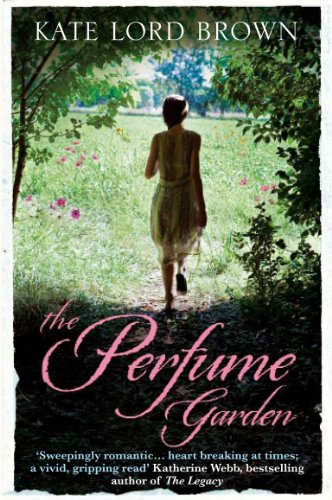 The Perfume Garden combines the gripping storytelling of Kate Morton with the evocative settings of Victoria Hislop to tell this sumptuous, escapist story of lost love and family secrets set between modern day Valencia and the Spanish Civil War.

High in the hills of Valencia, a forgotten house guards its secrets. Untouched since Franco's forces tore through Spain in 1936, the whitewashed walls have crumbled; the garden, laden with orange blossom, grown wild.

Emma Temple is the first to unlock its doors in seventy years. Guided by a series of letters and a key bequeathed in her mother's will, she has left her job as London's leading perfumier to restore this dilapidated villa to its former glory. It is the perfect retreat: a wilderness redolent with strange and exotic scents, heavy with the colours and sounds of a foreign time. But for her grandmother, Freya, a British nurse who stayed here during Spain's devastating civil war, Emma's new home evokes terrible memories.

As the house begins to give up its secrets, Emma is drawn deeper into Freya's story: of crushed idealism, of lost love, and of families ripped apart by war. She soon realises it is one thing to let go of the past, but another when it won't let go of you.