Showing Siren of the Waters by Michael Genelin 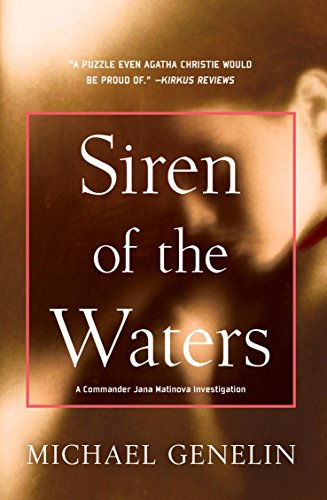 Jana entered the Czechoslovak police force as young woman, married an actor, and became a mother. The Communist regime destroyed her husband, their love for one another, and her daughter’s respect for her. But she has never stopped being a seeker of justice.

Now, she has risen to the rank of commander in the Slovak police force and is based in the capital, Bratislava, a crossroads of central Europe. She liaises with colleagues across the continent to track a master criminal whose crimes include extortion, murder, kidnapping, and the operation of a vast human trafficking network.

This investigation takes her from Kiev in Ukraine to the headquarters of the European Community in Strasbourg, France; from Vienna to Nice during the Carnival, as she searches for a ruthless killer and the beautiful young Russian woman he is determined to either capture or destroy.