Showing The Killing by David Hewson 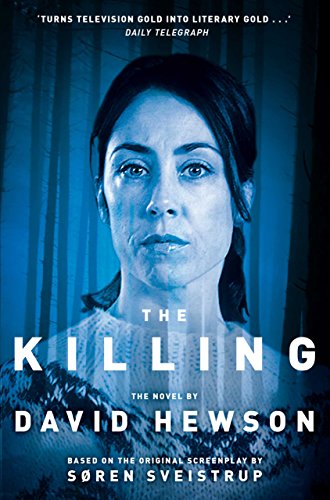 David Hewson's The Killing 1 is the novelization of the first series of the hit Danish crime drama, The Killing.

'Through the dark wood where the dead trees give no shelter Nanna Birk Larsen runs . . . There is a bright monocular eye that follows, like a hunter after a wounded deer. It moves in a slow approaching zigzag, marching through the Pineseskoven wasteland, through the Pentecost Forest.

The chill water, the fear, his presence not so far away . . .

There is one torchlight on her now, the single blazing eye. And it is here . . .'

Sarah Lund is looking forward to her last day as a detective with the Copenhagen police department before moving to Sweden. But everything changes when nineteen-year-old student, Nanna Birk Larsen, is found raped and brutally murdered in the woods outside the city. Lund's plans to relocate are put on hold as she leads the investigation along with fellow detective Jan Meyer.

While Nanna's family struggles to cope with their loss, local politician, Troels Hartmann, is in the middle of an election campaign to become the new mayor of Copenhagen. When links between City Hall and the murder suddenly come to light , the case takes an entirely different turn.

Over the course of twenty days, suspect upon suspect emerges as violence and political intrigue cast their shadows over the hunt for the killer.