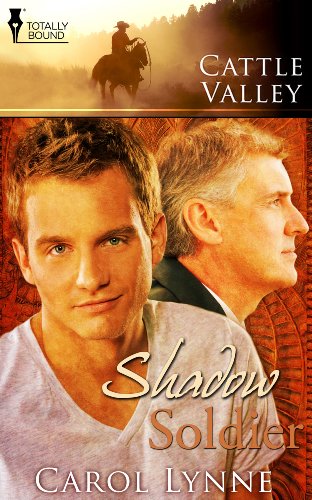 Deacon McConnell spends his days as a woodcarver and his nights as head of one of the most secretive government agencies in the United States. When he meets a man troubled by his time spent in the Middle East, Deacon feels drawn to the pain in the handsome man’s eyes. He makes the decision to help Aaron Ellis any way he can.

Dishonorably discharged from the Army, it takes everything Aaron has to get out of bed each morning. He’s become used to faking his way through life, putting on a happy face when the situation calls for it is a lot easier than dealing with his buried memories.

The day Aaron wanders into Deacon’s store for the first time, the last thing he expects is an immediate connection with the shop owner. For the first time since leaving the service, Aaron begins to believe there may be light at the end of the dark tunnel. The nights he spends in Deacon’s arms slowly begin to drive the shadows from his heart.

After years spent serving his country, Deacon yearns for a normal life. The move to Cattle Valley is the first step, opening up to Aaron the second. When duty calls Deacon out of town, he begins to wonder how much more he’ll be forced to give up for his country.