Showing The Conscript: A Story of the French War of 1813 by Erckmann-Chatrian 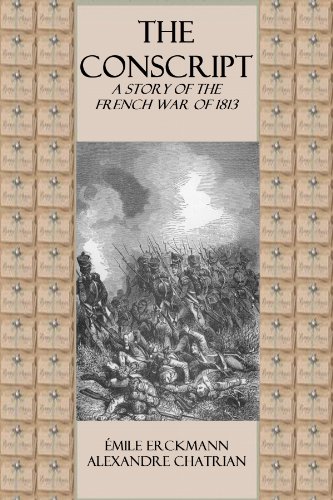 Erckmann-Chathian are called "twin writers," and are so thoroughly identified that many suppose the name to be that of but one man. Indeed, it is said their photographs are "fused into a common expression—an Erckmann-Chatrian look, so to say"—although they are really quite unlike in appearance. They breakfast together, laying out the day's task. At dinner they compare the ideas collected. Together they select the plot, invent the incidents. When the work is completed each in turn reads the proof-sheets-, modifies, comments, and communicates his suggestions to the other. Then comes the last inspection, and the book is published. This book is the story—a love-story, of course—of a conscript of the war of 1813, and gives simply but graphically his life at home, his sufferings in the army, and his final restoration to home and friends. It is well translated, and illustrated with 12 pictures.

This book was originally published at a time when French fiction as represented by Balzac, Hugo, Daudet, and others attracted unusual attention for their country. This book by Erckmann and Chatrian scarcely needs a word of explanation, as the literary merits and the historical value have been fully appreciated both by the critics and the public.