Showing Restless in the Grave by Dana Stabenow 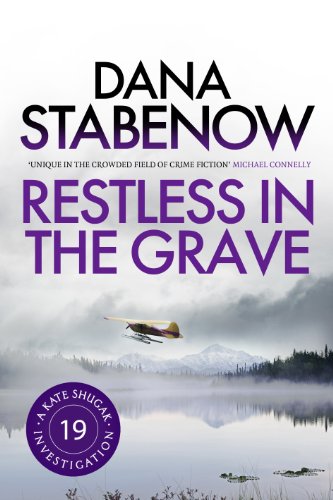 KATE SHUGAK is a native Aleut working as a private investigator in Alaska. She's 5 foot 1 inch tall, carries a scar that runs from ear to ear across her throat and owns half-wolf, half-husky dog named Mutt. Resourceful, strong-willed, defiant, Kate is tougher than your average heroine – and she needs to be to survive the worst the Alaskan wilds can throw at her.

RESTLESS IN THE GRAVEWhen Alaskan billionaire Finn Grant is killed after someone sabotages the engine on his Piper plane, the question is not who had the motive, but rather who did not...

Grant was not a popular man, but he was a successful one. His latest venture, an air freight service, was booming.. But what kind of freight was he moving, and where? The answers lead Kate to her most challenging case yet, from the fateful wreckage to family secrets to full-scale conspiracy.