Showing The Voice of the Spirits by Xavier-Marie Bonnot 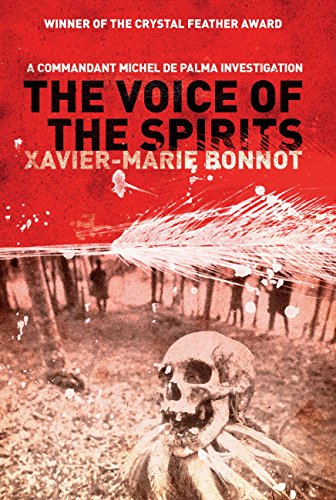 When Commandant Michel de Palma follows an anonymous tip-off to a gated mansion by the coast, he finds a body whose face is obscured by a fearsome tribal mask, beneath it a mysterious wound that could not have been caused by a bullet. Surrounded by scores of masks and painted skulls, de Palma hears the haunting strains of a primal flute from the floors above.

With few leads to go on, de Palma delves into an account of the murdered doctor's voyage to Papua New Guinea seventy years earlier, accompanied by a fellow amasser of Oceanic art, Robert Ballancourt. As the doctor's attractive but distant granddaughter offers de Palma further insights into her grandfather's second life as an intrepid collector, he and his team stumble upon an art-smuggling ring working out of Marseilles' dilapidated docks. But when his chief suspect is found dead, killed by the same method as Dr Delorme, even de Palma begins to wonder whether the bodies on his hands are the victims of spirits intent on revenge.

The rituals of Papuan warriors and headhunters - whose traditional way of life endured until deep into the twentieth century - form the intriguing backdrop to The Voice of the Spirits, another subtle yet satisfying novel from one of France's most original and thought-provoking crime writers.