Showing The End of Normal by Stephanie Madoff Mack 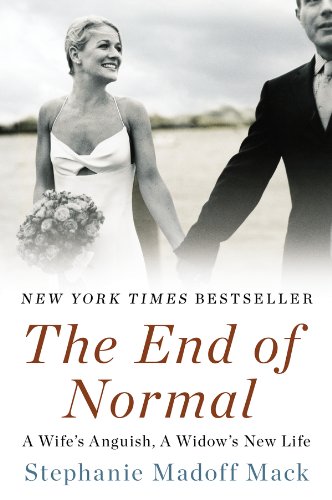 A New York Times bestseller, the explosive and heartbreaking memoir from the widow of Mark Madoff and the daughter-in-law of Bernard Madoff

When the news of Bernard Madoff’s Ponzi scheme broke, no one was more shocked than the members of his own family. Before then, Madoff’s son, Mark, and daughter- in-law, Stephanie, had built an idyllic life. Yet, while Mark’s thriving business was entirely separate from his father’s now notorious fund, he and Stephanie found themselves in the eye of the storm—and grappling with their own sense of betrayal. Mark refused to see or speak to his parents, and on the second anniversary of his father’s arrest, he hanged himself.

Left to raise her children as a single mother, Stephanie tells the real story of her marriage to Mark, of being a part of the Madoff family, and of life for two years following her father-in-law’s arrest and incarceration. The End of Normal is a searing inside look at one of the most controversial stories of our time, and an extraordinary memoir of surviving personal tragedy amid public scandal.