Showing Moscow, the Fourth Rome: Stalinism, Cosmopolitanism, and the Evolution of Soviet Culture, 1931-1941 by Katerina Clark 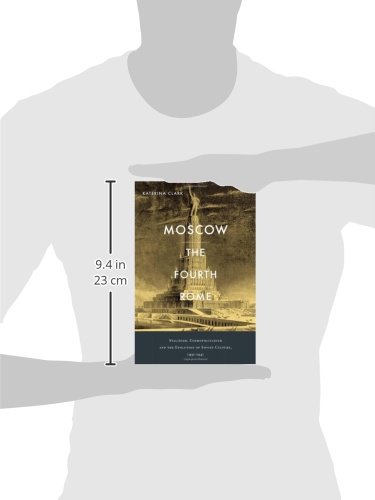 Moscow, the Fourth Rome The sixteenth-century monk Filofei proclaimed Moscow the Third Rome. By the 1930s, intellectuals and artists all over the world thought of Moscow as a mecca of secular enlightenment. This book shows how Soviet officials and intellectuals sought to establish their capital as the Fourth Rome - a cosmopolitan post-Christian beacon for the world. Full description