Showing What Is to Be Done? by Nikolai Chernyshevsky 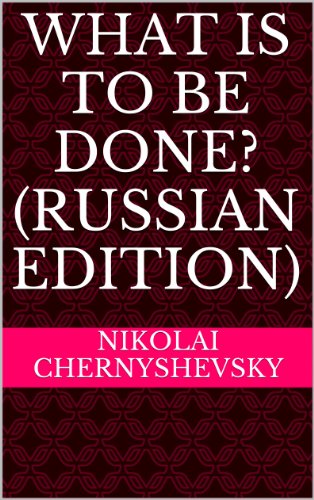 What Is to Be Done? (Russian: Chto delat'?; also translated as "What Shall We Do?") is a novel written by the Russian philosopher, journalist and literary critic Nikolai Chernyshevsky. It was written in response to Fathers and Sons by Ivan Turgenev. One of the characters in the novel, Rakhmetov, became an emblem of the philosophical materialism and nobility of Russian radicalism. The novel also expresses, in one character's dream, a society gaining "eternal joy" of an earthly kind. The novel has been called "a handbook of radicalism" and led to the founding of a Land and Liberty society.
When he wrote the novel, the author was himself imprisoned in the Peter and Paul fortress of St. Petersburg, and he was to spend years in Siberia; the book was smuggled out from his cell. Lenin, Plekhanov, Peter Kropotkin, Alexandra Kollontay and Rosa Luxemburg were all highly impressed with the book, and it came to be officially regarded a Russian classic in the Soviet period.