Showing Mathura sculptures : a catalogue of sculptures of Mathura School in the Indian Museum, Kolkata by Mangala Chakrabarti 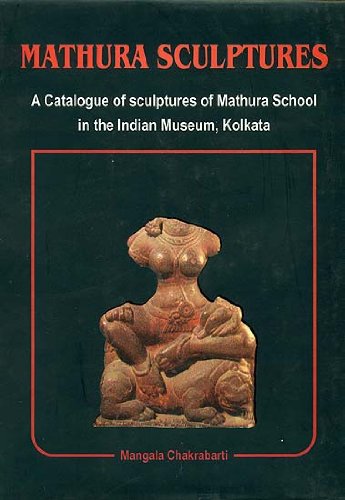 Mathura occupies a distinctive position. in Indian Art History and produced a large number of art objects. A portion of these art pieces is housed in the Indian Museum, Kolkata. The present monograph mainly deals with these antiquities and gives as far as possible their descriptive information. The work has been divided into three sections - (i) Introduction, (ii) Catalogue of the antiquities and (iii) Handlist of the antiquities for the benefit of scholars and researchers.

Born in 1948 at Kolkata, Smt. Mangala Chakrabarti graduated with Honours in Ancient Indian and World History. She did M.A. (double) in Ancient Indian History and Culture (C.U.), Museology (C.U.), Diploma in School of Archaeology from the Archaeological Survey of India, New Delhi, Diploma in Russian Language from the All India Institute of Russian Language, New Delhi, Post Diploma from the Russian Cultural Consulate, Kolkata.

She was appointed as a teacher in the Russian Language in different Institutes affiliated by AIIRL, New Delhi and delegated in the International Seminar of Russian Teachers to the Patris Lumumba University, Moscow in 1982. She has been awarded a Cultural Scholarship from the Govt. of USSR to the Pushkin Institute of Russian Language, Moscow in the year 1985-86, and has translated and published several Russian writings in different journals. During her stay in Moscow she had travelled widely in USSR, visiting important Museums and Cultural centers.

She has been associated with the Museum Association of India since 1976 and is connected with the several academic bodies. Smt. Chakrabarti has organised many National and International exhibitions. Sh