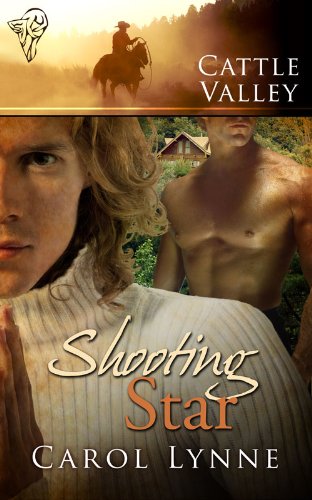 Fleeing Hollywood from damaging and false tabloid reports, Brac Riesling hides out with his friends Kit and Hawk in Cattle Valley. Although he believes he’s simply evading intrusive paparazzi, danger lurks just around the corner.

After years spent as a secret soldier for the United States government, new Cattle Valley deputy, Al Jessup believes shielding the television heartthrob from nosy reporters will be an easy assignment. Becoming infatuated with Brac isn’t part of the plan, and Jessup struggles to remain professional despite the temptation Brac provides.

When Jessup gives in to his desire and Brac nearly pays for the moment of passion with his life, Jessup vows not to make the same mistake twice. He calls in a favour from the only man he trusts with Brac’s life, James “Priest” Evans. Priest agrees to guard Brac at a secret location while Jessup searches for the unknown gunman. Jessup’s resolve to put a halt to the budding relationship with Brac is tested when he witnesses the easy-going relationship Brac and Priest have formed after only a few days.