Showing Beijing Welcomes You: Unveiling the Capital City of the Future by Tom Scocca 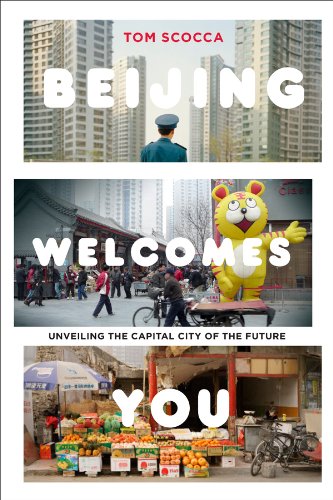 A definitive, and highly entertaining, account of contemporary Beijing, the undisputed capital of the twenty-first century.

Within the past decade, Beijing has debuted as the defining city of the now and foreseeable future, and China as the ascendant global power. Beijing is the ultimate representation of China's political and cultural capital, of its might-and threat. For so long, the city was closed off to the world, literally built around the Forbidden City, the icon of all that was ominous about China. But now, the country is eager to show off its new openness, its glory and magnanimity, and Beijing is its star. When Tom Scocarrived in 2004-an American eager to see another culture-Beijing was looking toward welcoming the world to its Olympics four years later, and preparations were in full swing to create a renewed city.

Scocca talked to the scientists tasked with changing the weather; interviewed designers and architects churning out projects; checked out the campaign to stop public spitting; documented the planting of trees, the rerouting of traffic, the demolition of the old city, and the construction of the new metropolis. Beijing Welcomes You is a glimpse into the future and an encounter with an urban place we do not yet fully comprehend, and the superpower it is essential we get to know better.