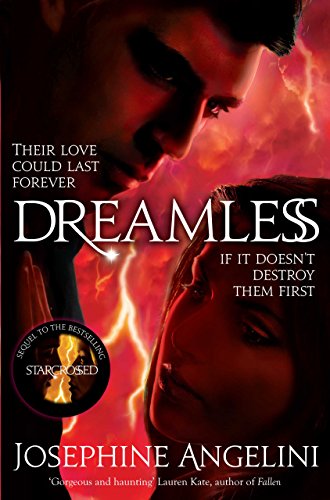 Tasked with descending to the underworld and killing the Furies, Helen must endure hellish torture whenever she goes to sleep – she wanders around the various levels of hell with no idea how to complete her task, and she’s beginning to suffer from extreme exhaustion. Although she still trains with the Delos clan, Helen and Lucas are coming to terms with the fact that they cannot be together. Lucas believes that the only way Helen will complete her quest is if he leaves her alone completely, so he tells her he doesn’t want to see her again and that he never loved her. Distraught, Helen carries on with her mission, and for the first time meets another person down in the shadowy underworld: Orion, descended from Adonis and with the power to control desire, he is the heir to the house of Rome and an outcast. He’s also kind of hot. Confused by her conflicting emotions but glad to have an ally in hell, Helen begins to realize the enormity of her task . . .

THE SECOND BOOK IN THE BESTSELLING STARCROSSED TRILOGY